Niklas Grüter is a photographer and filmmaker based in Berlin and Hanover. He graduated from the University of Applied Sciences Hanover in 2022, holding a B.A. in photojournalism and documentary photography.

Throughout his study he shifted his focus to a multimedia approach since he found that to express a certain topic, more than one format can be helpful. Therefore he is always searching for new forms of expression and indulges in experimenting to find the most suitable approach for any given topic. Niklas projects are centered around the things that fascinate and surprise him, mainly concerning social and environmental issues.

To broaden his knowledge on the topics of film, sound and virtual reality, he joined the „Multimedia Storytelling“ class with Uwe H. Martin and Mylene Carriere at the CNA Luxembourg, as well as having internships at the renowned film production companies „Filmtank“ in Berlin and "Wüstefilm" in Hamburg. He graduated with a crossmedia exhibition, highlighting the struggle of modern day seafarers. The 360° film "Growling Sea" included in the exhibition won first prize at the Sehsüchte Film Festival 2022.

He is currently working for 2470.media in Berlin, as well as being a freelance videographer and project manager.

Feel free to contact me for further information or assignments. 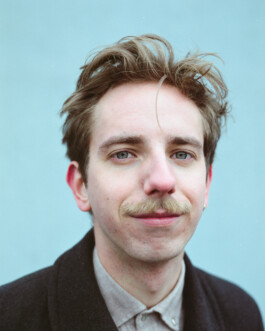